The Holidays are over, and we're back recording a new song that we wrote just before Ray's 50th - "All For One".  As usual, we're struggling to find the time between family and work commitments - but we're marching on - albeit slowly!  We have an idea to include a video - but that really depends on time/technology and will power....

For those interested in the techie stuff, we've achieved a guitar sound with power and depth.  We did this by splitting the channels coming from the Les Paul - one fed a Mesa Boogie Mark IV with an SM58 close up to a 2x12 cab.  The other channel went clean into the computer, which was then treated with Native Instruments Guitar Rig 5.  We also added a Yamaha APX-5 electro acoustic, treated with a little reverb and chorus.  The resultant mix is, we think, lovely!  It has power, as well as ambience.  Bass guitar was a American Fender Jazz, D.I.'d with very little treatment - giving that classic throaty growl.  Keyboards are courtesy of a Hammond B4 simulator for the organ sounds - patch "Lordy"!

We're looking forward to getting this one finished, and sharing it with you.

“The Workhouse” is currently Stewart Allen and Phil Crombie with much appreciated backing vocals from Esther Burns. In addition The Workhouse enjoys input from mentor/producer Gwyn Mathias.

We are a band that has had a wheel turning, in one way or another, under this name since 1987.

We write, record, engineer, and perform all our own original material.
CURRENT TRACKS
THE MUSIC WE MAKE

Over the years our music has had various tags attached to it; AOR, Heavy rock, Dance, Folk, Country even Electro. To be honest we are probably all of these and more. We have never adopted a set style with the songs we create. Our intention has always been to go in whatever direction the song we are writing at the time wants to lead us. The main aim is to have an end result that is honest, good music that may leave the listener with something. (Scabies / a dose ?) No, whether it be a parting emotion of happiness, anger, melancholy or even a complete hatred of what we do. We aspire to provoke something.

What we do is difficult to pigeon hole or be identified as a certain genre and that has probably worked against us commercially but, to try and market us as one thing is not what we are about.

We are not currently set up as a live group but that may change!
THE HOME BREAKER RECORDING COMPANY

Stewart and Phil record and create their original material in their own little studio “The Home Breaker Recording Company”.

We can offer services including creation of music for other bands and artists, TV, film and radio as well as negotiating the use of or possible purchase of our Workhouse songs (Current and back catalogue).
SHARE 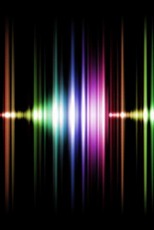